MiO is a water-enhancing product that adds flavor to your water without adding any sugar or calories. Because of that, such products have become increasingly more popular in recent years, as many people don’t enjoy the flavor of plain water, making it harder for them to get enough throughout the day.

But if you’ve never heard of MiO, you might wonder what exactly it is and what you should know about it. So without further ado, let’s take a lot at 20 things you must know about MiO before adding it to your diet.

20 Things You Should Know About MiO

1. What does MiO contain?

MiO manufacturers claim that each MiO product provides you with around 10% of your daily need for vitamins B3, B6, and B12. Each product comes in multiple flavors. It also contains different sweeteners and flavorings, such as sucralose, Ace-K, and stevia leaf extracts.

Because of that, it doesn’t contain any calories, so it can be suitable for people who are trying to limit their intake of calories.

2. Is MiO bad for your health?

Artificial sweeteners still have a bad rap in the health community. Research is mixed as to whether they’re bad for your health, but it’s still best to avoid them if you want to stay as healthy as possible. After all, using MiO is unnecessary, especially since you can add flavor to your water in natural ways.

But since MiO is sugar-free and calorie-free, it might be the best choice for those who particularly struggle with getting enough water.

3. Are there any side effects to MiO?

Since MiO is based on artificial sweeteners, most side effects come from these substances. For example, some studies show that drinking artificially sweetened drinks may increase your risk of stroke, coronary heart disease, and high blood pressure.

So, even though these side effects are rare (and you’d have to consume a lot of MiO), it’s important to keep that in mind.

4. Is MiO bad for weight loss?

MiO doesn’t contain calories or sugar, so it’s not bad for weight loss. In fact, if you’re on a weight loss diet, drinking MiO-infused water might be good for you, as it helps you stay hydrated without adding calories.

Studies show that increased hydration helps with weight loss since it prevents overeating, curbs your appetite, and increases the feeling of satiety after eating.

So, if you struggle with drinking enough water, try using MiO and see if it helps you with hydration.

5. Is MiO bad for heartburn?

Generally, drinking MiO-infused water shouldn’t trigger heartburn symptoms in most people. However, those who are especially prone to heartburn and other acid reflux symptoms might feel the burning sensation after drinking water with MiO.

This is because artificial sweeteners can irritate and inflame your esophagus, leading to heartburn. So, if you notice that MiO gives you heartburn, stop drinking it and try naturally-flavored water, for example, with lemon and mint.

6. What flavors of MiO are there? 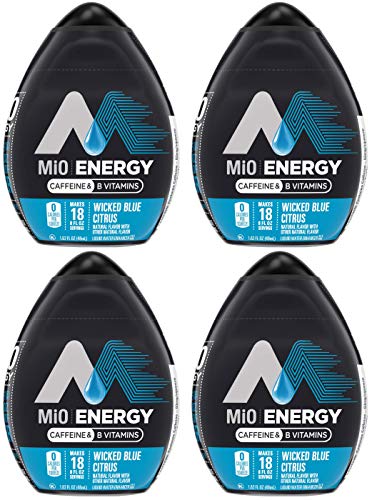 MiO contains four products lines: MiO Original, MiO Vitamins, MiO Electrolytes, and MiO Energy. All of these are kosher and vegetarian-friendly, so it’s suitable for most diets.

Some of the flavors include black cherry, lemonade, iced java, acai berry, and many more. The widest variety of flavors is available online, so you can definitely find something that suits your taste.

7. Is MiO better than soda?

Compared to traditional soda, MiO is much better as it doesn’t contain sugar and calories. Because of that, you can still consume delicious beverages without worrying about taking any unnecessary calories.

When comparing MiO to sugar-free or diet soda, their nutritional values seem to be almost the same.

This is because sugar-free or diet sodas also contain artificial sweeteners and almost no calories. So, if you don’t want to consume any calories from the beverages you drink, choosing diet soda or MiO might be your best choice.

The taste of MiO differs depending on flavor, but it tends to taste like sugar-free soda od the same flavor. Because of that, it can be a less caloric alternative to sugary beverages while still providing you with a delicious taste.

Most people use MiO to flavor their water, but that’s not the only way you can use this product. While this isn’t that common, you can add MiO to baked goods for flavor without calories.

Not much is known about how the flavor will be changed after cooking, so you’d have to check that yourself. But there are, in fact, unlimited ways you can use MiO in your diet.

Since MiO contains artificial sweeteners, it is free of sugar. Because of that, if you’re trying to limit your intake of sugar, choosing MiO to add flavor to your water might be beneficial for you.

All varieties of MiO are sugar-free, but experts recommend choosing the ones with stevia as they might have the least effect on your blood sugar levels.

11. Does MiO contain any vitamins? 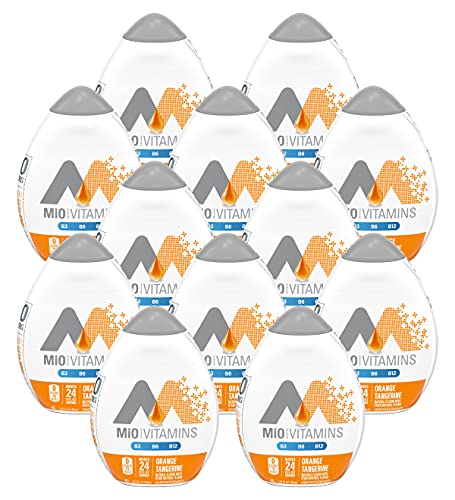 According to the packaging and manufacturer, MiO contains vitamins B3, B6, and B12. These help improve blood fat levels, reduce the symptoms of anxiety and depression, and aid with red blood cells formation.

While a single serving might provide you with a small amount of these micronutrients, it still makes this water-enhancer slightly healthier than other more processed alternatives.

MiO contains zero calories from carbohydrates, fat, and protein. The main ingredients in MiO are artificial sweeteners, flavorings, and some vitamins.

Because of that, there’s nothing to add calories to this water-enhancer. Because of that, many people choose MiO to up their water intake without taking in any unnecessary calories.

13. Can you drink MiO while fasting?

When you’re fasting, you shouldn’t consume any calories. That means that water and zero-calorie beverages are allowed. This includes MiO-flavored water, mineral water, tea, and coffee (but without milk and sugar).

Since MiO doesn’t contain sugar, it’s a safe addition to a low-carb, keto-friendly diet. Even research says that consuming artificial sweeteners won’t kick you out of the ketogenic state. Because of that, MiO is very unlikely to negatively impact your weight loss goals.

However, eating sweet things, even if they don’t contain sugar, might work as a trigger and make you want to reach for sugary treats.

So, make sure to be careful about adding too many artificial sweeteners to your diet if you’re on a keto diet.

While artificial sweeteners don’t contain calories and sugars, they may still spike your blood sugar levels. In fact, studies found that sucralose is partially digested and may alter blood glucose and insulin levels, especially in people particularly sensitive to changes in their blood sugar levels.

While healthy individuals shouldn’t worry about it too much – especially if they don’t use MiO every day, it’s something worth remembering.

One of the artificial sweeteners found in MiO is sucralose. While it’s low- or no-calorie, it’s actually around 600 times sweeter than table sugar, known as sucrose. Because of that, you only need a small amount to add a lot of sugar to your food or drinks.

Studies are mixed when it comes to the negative effects of sucralose on your health, but they have found that it might be bad for aquatic life.

17. Can you drink MiO regularly?

If you can afford to buy MiO regularly, it might be safe to use. To stay healthy, experts also recommend choosing stevia-based products as they’re the healthiest and least likely to give you any health problems.

But as always, remember that even though artificial sweeteners are free of calories and sugar, they may still negatively impact your health, especially if you have some preexisting conditions like diabetes.

So, before using MiO, consider your overall health and dietary requirements.

18. What are some healthier alternatives to MiO?

The most common reason people choose MiO is that they struggle with drinking enough water each day.

By adding some flavor to plain water, they’re more likely to drink enough, staying hydrated. In this way, MiO is beneficial, but it shouldn’t be consumed too often to ensure good health.

To add natural flavor to your water, try choosing limes, lemons, apples, cinnamon, cucumbers, oranges, and berries to infuse your water. It’s a healthy way to add flavor and vitamins to your water without any artificial sweeteners.

MiO contains only small amounts of a few B vitamins and nothing besides that. Even if you choose orange or tangerine flavored MiO, they still don’t provide you with vitamin C.

If you’re looking to add some vitamins to your diet, you might want to drink water with lemons and limes, which will help you load up on vitamin C and antioxidants.

20. Can MiO cause severe health problems?

MiO contains artificial sweeteners that may be bad for your health, especially when consumed often and in large quantities.

Because of that, make sure to drink MiO-infused water sparingly and stick with naturally-infused beverages instead.

Studies are mixed when it comes to how bad artificial sweeteners can be bad for your health. But if you have the option, try avoiding consuming too much of them.

At the end of the day, whether you drink MiO or not is up to you. On the bright side, it can help you increase your intake of water by adding flavor to it.

But it still contains quite a lot of artificial sweeteners and may be bad for your health in the long run. So, always make sure to do your research before adding something new to your diet.

Alicia is the senior content editor and writer here at Food FAQ. She has extensive experience with acid reflux, heartburn, GERD, and various supplements. When not eating food for “research”, she’s watching “Friends” for the 100th time.

We are a participant in the Amazon Services LLC Associates Program, an affiliate advertising program designed to provide a means for us to earn fees by linking to Amazon.com and affiliated sites. We also participate in programs from ShareASale, CJ, and other sites.