As you know, staying hydrated is essential, but many people actually don’t drink enough water each day. Because of that, there are many products available on the market to make water more appealing, including MiO.

Does MiO have aspartame?

No MiO products from any line contain aspartame. Instead, they use other artificial and natural sweeteners, all depending on the product line and flavor. On top of that, MiO is also sugar- and calorie-free and contains no carbohydrates. What’s more, it helps you stay hydrated without consuming plain water.

Because of that, you can safely add this product to your diet if you’re trying to eat as healthy as possible.

How is MiO sweetened?

Most MiO products are sweetened with artificial sweeteners called acesulfame potassium and sucralose. These tend to be nearly 600 times sweeter than table sugar but don’t provide you with any calories. Both of the sweeteners are approved for use by the general population.

But some studies show that they might raise your blood sugar levels, altering blood glucose and insulin, which can be a problem for people dealing with diabetes. On the other hand, most people don’t experience any side effects after consuming these sweeteners in moderation. So, always listen to your body.

One line of products – MiO Vitamins – is sweetened with stevia leaf extract. This is also the only product line made by MiO that’s naturally sweetened and not artificially. 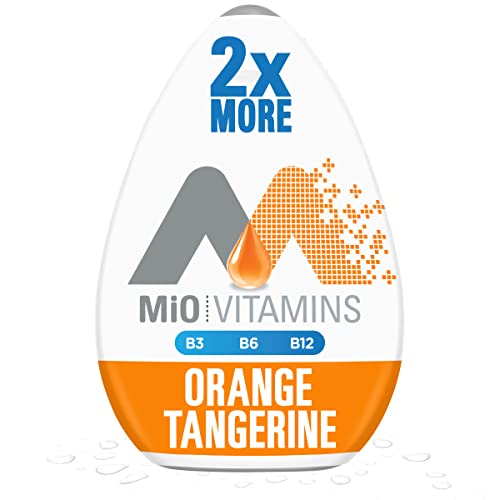 Stevia is plant-based and has quite a lot of impressive health benefits. For example, stevia extracts might have anti-inflammatory, antioxidant, antidiabetic, and antihypertensive properties. Because of that, choosing stevia-sweetened beverages might be the best choice for your health.

Aspartame is an artificial sweetener that’s nearly 200 times sweeter than table sugar. It’s found in many sweet beverages and soda, so most people have consumed it at least once in their lives.

While it still remains popular, many people believe that drinking beverages sweetened with aspartame can be very bad for your health. For example, some research shows that it can increase your risk of some diseases, worsen their symptoms, or even accelerate them.

But aspartame is approved by most organizations that monitor food safety, so there’s no consensus on whether it’s harmful. Regardless of that, if you tend to feel bad after artificially sweetened products, it might be best to avoid beverages containing aspartame, especially if you have type 2 diabetes or some digestive system issues, as sweeteners can make these conditions worse.

Is MiO good for your health?

Generally, drinking water infused with MiO isn’t dangerous for your health. In fact, it may even be good for you if you struggle with drinking enough water each day. A single serving of MiO needed to infuse water doesn’t contain any sugar, calories, or carbohydrates, making it an excellent way to add flavor to your water without adding any unnecessary calories.

Staying hydrated is important to prevent severe health conditions. So, if flavoring your water with MiO can help you with that, there’s no reason you shouldn’t use it.

Drinking water with sugar-free water enhancers can also help you lose weight. An increased water intake has been linked with better and more consistent weight loss when on a calorie-deficit diet. What’s more, some people tend to confuse thirst for hunger, leading to consuming too many calories.

Drinking more water, especially with no calories, can contribute to weight loss and even make it easier. But make sure also to follow a healthy, balanced diet, rich in fresh vegetables and fruit.

If you choose MiO products with stevia extract, you can further help your weight loss goals. For example, stevia extract has been shown to curb your appetite, decreasing the number of calories you might be taking in.

In addition, it doesn’t increase post-meal blood sugar levels, which are linked with the development of type 2 diabetes. Stevia also doesn’t cause tooth decay, unlike some other artificial sweeteners, which makes it more suitable for people with teeth problems and children.

Unfortunately, the sweeteners found in MiO might also cause indigestion and other stomach issues. What’s more, a small animal study found that sucralose, which is a sweetener present in MiO, might be a weak mutagenic.

These types of substances can increase the risk of DNA mutations and cancer in your body. So, even though more studies need to be performed, it’s something worth keeping in mind when consuming artificially sweetened foods and beverages.

Is MiO safe to use? 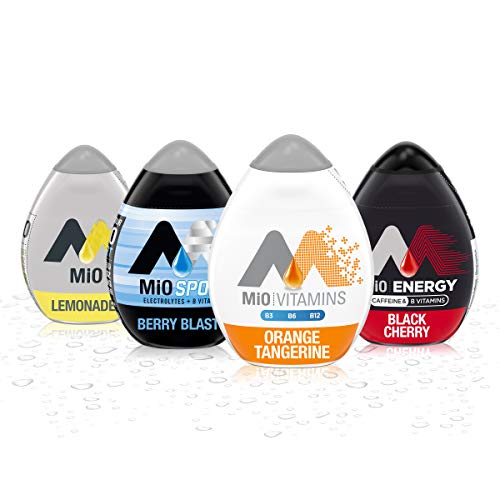 Artificial sweeteners are considered safe for adults, pregnant women, and children. While there are some risks, studies aren’t consistent on the potential side effects.

Because of that, there are no recommendations that they should be avoided. So even though it’s great that MiO doesn’t contain aspartame, but you’re still worried about other sweeteners, there’s no need for that.

With that being said, consuming MiO when you’re following a healthy diet is often unnecessary. There are many natural ways to add flavor to your water without adding any sweeteners or calories. For example, try adding mint leaves, lemon or lime slices, or even fresh fruit to your water.

Let the ingredients infuse the water for some time, and then you can enjoy naturally-infused water that has a delicious taste. Doing so can also help you add more vitamins and minerals to your diet, as these natural ingredients are rich in them.

None of MiO products contain aspartame. Instead, they are flavored with other artificial sweeteners that might be better for your overall health, unlike aspartame.

What’s more, MiO can help you stay hydrated without increasing the number of calories you’re taking in so. So, you can still include this water enhancer on a weight loss-friendly diet while still staying healthy.

Alicia is the senior content editor and writer here at Food FAQ. She has extensive experience with acid reflux, heartburn, GERD, and various supplements. When not eating food for “research”, she’s watching “Friends” for the 100th time.

We are a participant in the Amazon Services LLC Associates Program, an affiliate advertising program designed to provide a means for us to earn fees by linking to Amazon.com and affiliated sites. We also participate in programs from ShareASale, CJ, and other sites.